Huge Lead Increase Shows Why There’s No Stopping The Conservatory 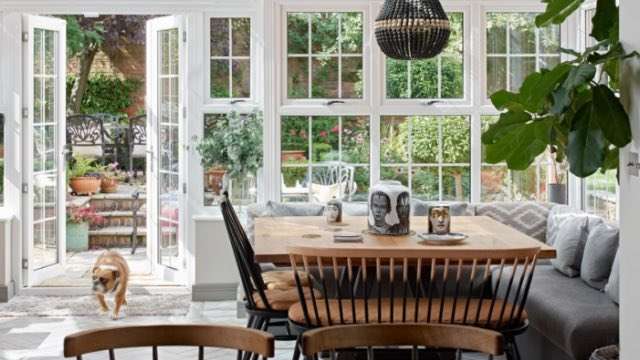 As a result, the Stockport-based company needs to strengthen its nationwide network of conservatory installers to cope with the increasing demand.

According to Leads 2 Trade’s co-founder and Director Andy Royle, this could just be the tip of the iceberg, and he is encouraging installers not to miss out on the conservatory boom.

“We are delighted to be generating 40% more conservatory lead volumes, and it shows the demand is clearly there – and growing,” said Andy.

“We’re getting so many leads that we’re now on the lookout for more installers to take advantage of them, and the conservatory market really is one that installers can’t afford to miss.”

Leads 2 Trade has been leading the way in matching conservatory installers with homeowners looking to add a conservatory to their home, so Andy has been well placed to see how the conservatory market has developed over the years.

“The conservatory has seen numerous developments and changes throughout the decades has become especially popular in the 1990s.

“In the past few years the conservatory’s popularity has risen, and it is no longer the afterthought it used to be.”

For Andy, the conservatory’s continued renaissance is down to several factors.

Sophisticated designs and better materials are boosting the status of the conservatory again thanks to keeping it warm in the winter and cool in the summer months.

“Very few people will use a polycarbonate conservatory all year round, but new designs have transformed it into an all-year-round living space, which can be used as anything from a dining room to a study,” explained Andy.

“Conservatory fashion and taste have now shifted from the traditional white plastic, uPVC structure with polycarbonate roof to the single-storey extension, often specified with a roof lantern or higher specification products such as wide-span bi-fold doors, for a more luxurious, contemporary all-year-round living space.”

Adding a conservatory is a great way to provide extra living space, without the hassle and costs associated with moving home, and add value to a property.

And this is an attractive prospect for homeowners according to Andy.

“With 2019 proving an uncertain time for many, homeowners are unsure about the UK housing market.

“Because of that, the ‘improve, don’t move’ trend is becoming more attractive and homeowners are investing in their existing home rather than climbing the property ladder.”

The roof’s the thing

“A replacement roof is often all a tired conservatory needs to get it fully-functioning again and homeowners can enjoy the increased energy efficiency they offer and also reduce their heating costs too,” said Andy.

The news that the Permitted Development rules for house extensions, in place since 2013, will be made permanent will make the conservatory an even more attractive proposition for homeowners in the future.

Andy said: “It means homeowners are allowed an extension up to six metres on attached houses and eight meters on detached houses without planning permission, subject to consultations with neighbouring properties.

“Which is good news for people who want a conservatory or extension and these measures will help homeowners extend their property without going through time-consuming red tape.”

For more information on becoming a part of Leads 2 Trade’s nationwide network of installers, telephone 0800 124 4308 or visit leads2trade.co.uk.