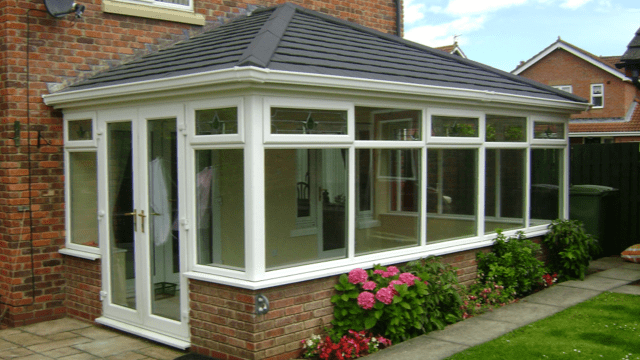 Developments in the conservatory market have increased the extension’s popularity among homeowners in recent years. And, as Andy Royle, co-founder and Director of Leads 2 Trade, the UK’s leading provider of double qualified sales leads for companies operating in the home improvement industry, explains, that means more business for conservatory suppliers and contractors.

The UK conservatory market has experienced periods of growth and decline for the last 40 years due to numerous developments and changes.

From consumer spending habits and material changes to the perception of its role and lifestyle variations, conservatories have always had a big role to play in the home improvement market.

Having progressed from functional to social space throughout the course of history, becoming especially popular in the 1990s as a cost-effective way to add extra space to a home, the conservatory is now in its next phase of regeneration thanks to product innovation.

A wider range of ‘glazed extensions’, including orangeries, verandas and solid roof systems is also driving major change in the conservatory market, which has meant an increase in the number of homeowners expressing an interest in having a single-storey extension that can add value to a home.

And with the current, unstable, housing market, homeowners are investing in their existing property rather than climbing the property ladder, so adding a conservatory has been a great way to provide them with extra living space, without the hassle and costs associated with moving home.

Since Leads 2 Trade launched in 2006 we’ve been leading the way in matching conservatory installers with homeowners looking to have a conservatory added to their property. In fact, this has been our most sought-after home improvement service.

We have seen the conservatory market evolve even more as new technology, sophisticated designs and better materials are boosting their popularity again and the conservatory is becoming an integral part of the house rather than an afterthought.

Conservatory fashion and taste has shifted from the traditional white plastic, uPVC box with polycarbonate roof to the single-story extension. Often specified with a roof lantern or higher specification products such as wide span bi-fold doors, for a more luxurious, contemporary all year-round living space.

With many conservatories in the UK now outdated compared with the technology, performance and aesthetic possibilities of the latest innovations currently on the market, homeowners want a conservatory refurbishment and upgrade, particularly as they inherit older conservatories.

We have also seen an increasing trend for replacing a worn-out glass or plastic conservatory roof with a new, lightweight tiled conservatory roof thanks to their increased energy efficiency and their ability to retain warmth in the winter months and keep a conservatory cool in the summer.

There is no doubt that the rise in popularity of the conservatory market provides a huge number of opportunities for conservatory suppliers and contractors and Leads 2 Trade can help so they don’t miss out.

We have experienced an 80% increase in conservatory lead volumes comparing January 2019 to January 2018 so if you are a conservatory installer then now is the time to join Leads 2 trade.

We generate 5-6,000 leads per week for companies operating in the home improvement market, with the core sectors including windows, doors and conservatories, security and heating and plumbing.

These leads are then double qualified by Leads 2 trade’s in-house call centre and passed onto members of our popular Trusted Local Supplier network, in postcodes of their choice.

They can receive leads instantly via email and SMS and use the company’s appointment booking and hot key transfer service.